In Part 1 of this series, we explored the first two leadership lessons I learned from the life of Dr. Martin Luther King while taking a tour of his old house in Montgomery, Alabama. Today, we’re going to conclude our look into this extraordinary man’s life so that we can continue our own growth into the people of impact and influence we have been made to become.

Here are numbers 3-5 of the 5 leadership lessons I learned from my visit to this revolutionary leader’s former home:

#3 – Leaders don’t hesitate to take quick action on something they know is going to be great.

When we were finished in the living room, our tour guide directed our attention to the dining room area of the house. While we looked at the old piano in the corner and all the furniture in the room, our guide proceeded to talk a bit about Martin Luther King and his wife, Coretta.

She was from Alabama and he from Georgia, but both were attending Boston University at the time. The story goes, that on their first date Martin was so sure that Coretta was the one for him that he proposed to her right then and there. No waiting, no dating. It was right and he knew it. She must have too, since they were married very soon after. 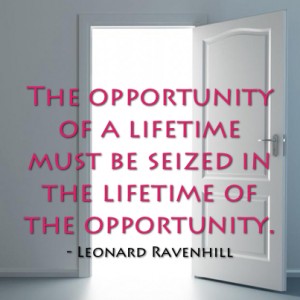 A similar pattern of decisiveness emerges in Dr. King’s later life when he is called upon by the Birmingham African-American community leaders to lead the Montgomery Bus Boycott. No hesitation. He knew it was right to do and he did it.

Would you like to be known as a decisive leader? One who sees the opportunities in the situations they experience and takes decisive action to make those possibilities into realities. One who doesn’t waste time questioning whether or not something is right for them to do or not, but who knows what they should be doing within the boundaries of their calling and are led by their faith in their ability to accomplish whatever has been placed in their path of purpose. One who doesn’t shy away from responsibility but takes it on with enthusiasm because they know that to whom much has been given much will be required.

Spiritual leader, Leonard Ravenhill, was once quoted as saying, “The opportunity of a lifetime must be seized in the lifetime of the opportunity.” If we’re going to become great leaders, then we’ll have to start exercising our decision muscles and seizing our moments before our moments pass us by.

#4 – Genuine leaders bear the load that others can’t or won’t.

After we walked through much of the rest of the house, including the bedrooms, the bathroom, and the study, our tour guide led us to the back of the house into the kitchen. While we gathered into the corners of the space to listen to our guide, she played us a ten-minute message from Dr. Martin Luther King himself detailing one of the defining moments of his life as a leader.

At that time, Dr. King was receiving upwards of 40 calls per day threatening his life and the lives of his family if he didn’t call off the bus boycott. The phone calls had become so persistent and egregious that the phone company was required to install a private line in their home so that the incoming calls stopped bothering the party line that was being shared by their family and their neighbors. 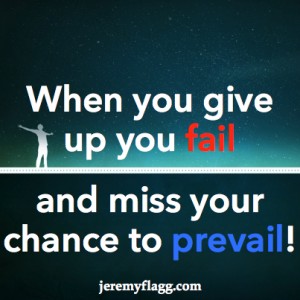 One night, he was awoken from his sleep by a phone call threatening his life and the lives of his family. This happened a lot, but this time it really got to him. Since he couldn’t get back to sleep, he got up in the wee hours of the morning and made himself some coffee. He recalls sitting down at the kitchen table (that we were now congregated around) and telling God that he didn’t want to do this anymore. He didn’t want to lead this boycott if it meant that his family was always going to be under the threat of violence and wrongdoing. He wanted to be free from this burden of leadership and just go back to serving the church. But then he realized that if it weren’t he and his family that it would be someone else’s.

He went on to explain through those hours spent at his kitchen table by himself, that he resolved himself to take this mantle of leadership God had given him and willfully sacrifice for the sake of the call anything that was required. He decided to bear the load that other leaders could not or would not. He decided to bear up under the pressure he was receiving instead of buckling under it. He made the decision to stay put and see this vision of equal rights for the African-American community through to its completion or his, whichever came first.

How many of us as leaders have had these same wrestling matches? We set out to do something that we know is right and we bear the vision that we know must be accomplished, but then we begin to feel the weight of the consequences of our decision and we start to question whether or not we should continue. Great leaders, though, know that when they give up they fail and miss their chance to prevail. If we’re going to become the leaders that others know they can trust, then we’ll need to prevail over the temptation to quit and decide to never give up – no matter the cost.

#5 – Self-sacrifice is the defining characteristic of every great leader.

After the recording had ended, our tour guide drew our attention to the kitchen counter where there stood a vase holding some plastic flowers. Turns out, that these flowers were representative of something very important in the lives of Martin Luther and Coretta King.

Every time that Dr. King had to leave town for a planned trip he made sure to buy his wife flowers and deliver them to her before he departed. This tradition went on quietly between them for many years until one day, right before his last trip to Memphis, Tennessee, he delivered these plastic flowers to Coretta. She asked him why he was giving her fake flowers after all these years, to which he responded, “I wanted to make sure you had something to remember me by.” 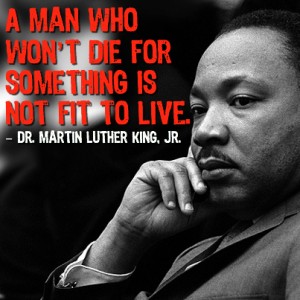 In the end, he knew it was the end, and he still went. Wow. How many of us can say with absolute certainty that we’re living life in the direction of something that is so strong in us that we would die for the cause? That we would leave our family and friends behind for what we knew was right? That we would take a bullet for the hope of a better future that we imagined would come to pass even if it was in our absence?

I can’t speak for you, but I want to be so passionate about my purpose that I would rather die than go in any other direction. I want to burn brightly with the fire of my soul and illuminate the path of purpose for others. I want to know what I would die for so that I can live fully alive!

It was Dr. Martin Luther King himself that was quoted as saying, “A man who won’t die for something is not fit to live.” Revolutionary leaders are those that sacrifice their agenda and their ambition in order to accomplish what has been set before them as their mission. They live inspired and ask others to do the same. And through their example of self-sacrifice, we are all able to see a little bit of the glory that was made for each of us when we go beyond our simple wants and needs and tap into the power that has been placed within us all. The power to change the world for the better by starting with ourselves.

Thank you, Dr. King, for leading a life worthy of your calling and inspiring all of us to do the same.

Question: Who are some other great leaders that have inspired you? Why? Share your stories with me! You can leave a comment by clicking here.

One thought on “5 Leadership Lessons From My Visit To Dr. Martin Luther King’s House – Part 2 of 2”