Another normal day, another senseless tragedy. 20,000+ people gathered in Las Vegas to enjoy a music festival and none were aware there was a madman getting ready to shower bullets on them from 32 stories above. 58 people dead. 500+ people injured. The numbers are hard to fathom. The video is difficult to watch. The stories are hard to hear. The mind rushes to make sense of something that’s senseless. And once again our “thoughts and prayers” go out to the victims go out to all those affected. How long to sing this song? How long before we wake up to random acts of kindness on our news feeds instead of random acts of violence? How long before we embrace the responsibility that comes with the freedom we say we cherish? How long?

The shooter opened fire on a crowd of 20,000 attending a concert from the 32nd floor of the Mandalay Bay Hotel in Las Vegas, NV

That rhetorical question was sung by U2 when they recorded their album “War” in 1982. Bono asked, “How long must we sing this song?” in the lyrics of the opening track “Sunday Bloody Sunday”, and then closed the album with the song “40” by asking, “How long to sing this song?” It’s a great question. One that was asked in response to their witness of human violence. One that has yet to receive a definitive answer from us. It’s a challenge to sing a new song. And it’s a call to the depths of our souls to find better answers when man-made tragedies occur.

As homo sapiens, we are born with the potential to become human beings. And as a life coach, I’m obsessed with helping you reach for and fulfill your personal potential. So, how do we become more human? How do we activate the capacity for a greater sense of love and belonging within our society? How do we contribute more life to the world than we take? The simple answer is, we choose to.

Unlike our animal counterparts, we aren’t directed only by instincts. We also have the power of personal decision to govern our instinctual feelings. When we feel like running away from a fire, for instance, we can choose instead to run into it to help others who might be engulfed in the flames. Ask any firefighter about running, walking, or crawling into a burning building to save others while every member of the animal kingdom is fleeing the flames and they’ll tell you how difficult it is to govern their instincts. In that moment they’re choosing to override their feelings of fear, safety, and security in order to bring order to a chaotic situation and contribute to the lives of those trapped or endangered by the event.

And that’s a picture of what it means to be human. It’s taking action to create order in the world when chaos seeks to engulf us. What does that look like? Consider the seat belt.

There’s not an automobile manufactured today that is not outfitted with safety belts as standard equipment for every available seat in the vehicle. But not that long ago, seat belts were optional.

The inventor of the modern 3-point safety belt was Nils Bohlin. A Swedish engineer who developed what would become the safety standard while working for Volvo who introduced them in their automobiles in 1959. It reportedly only took him one year to perfect the creation he initially inherited from two fellow countrymen who worked for a Swedish power plant and wanted to save the lives of their coworkers who were dying in alarming numbers in the 1950s in automobile accidents. Little did they know their invention would save millions of lives all over the world. 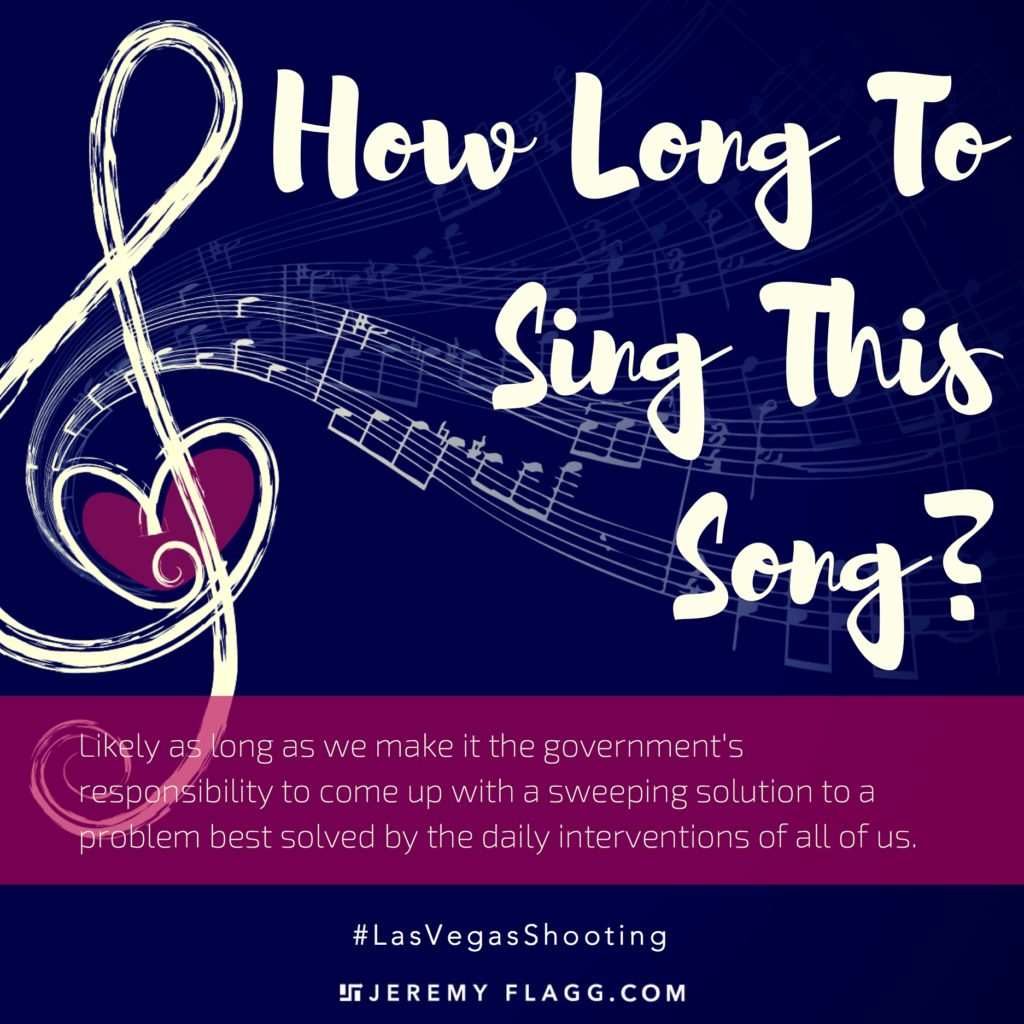 In 1967 Bohlin presented a statistical analysis of 28,000 automobile accidents and proved that unbelted occupants sustained fatal injuries at all speeds while those belted with his patented 3-point safety belt sustained no fatal injuries at speeds below 60mph so long as the driving compartment stayed intact.

Because of his findings, the United States passed a federal law requiring all vehicles (except buses) to be fitted with seat belts in all designated seating positions which took effect on January 1, 1968. Seat belts were now in the vehicles, but their use remained voluntary until New York became the first state to make their use mandatory in January of 1984.

To this day, any casual look into the vehicle compartments of those we share the road with can reveal drivers and other auto occupants still not using this fabulously simple and life-saving piece of equipment but not without a tinge of guilt and the possibility of a fine.

You see, in my lifetime, I’ve watched seat belts go from lap belts that were standard decoration (like in my grandfather’s Oldsmobile) to 3-point safety necessities that beep at you when you don’t have them on. I’ve also seen people who previously didn’t shoot a second glance at a motorist without their safety belt on now send side glances and judgmental head shakes when they see someone not wearing their seatbelt.

What changed? The beliefs about seat belts changed. The knowledge that they saved lives became widespread. The laws that required them to become the standard for automobiles and then mandatory for drivers/riders changed. As a result, the whole world became a safer place to drive.

Why did it change? Because a few people decided that it was no longer acceptable to lose alarming numbers of their friends, family members, and fellow humans to a problem that seemed solvable. They felt the responsibility to bring a better alternative to the market that helped save lives and contribute to the better society they wanted to live in. They decided to create order from the chaos they identified in their country and it affected the world.

They decided to sing a new song.

We are standing in that moment right now. Millions of us in the United States are looking at the 33,000+ gun-related deaths happening in our country annually and wondering what we can do to bring order to the chaos.

Many want to impose greater regulations on guns in our country. But has regulation ever worked to change the hearts of those who wanted to commit crimes against others? Would it work now?

Others say it’s better if we all have weapons to bring polarity to society. That the fear of everyone owning, carrying, and using guns will reduce gun violence. But will that stop the suicides that make up roughly 66% of the 33,000 gun-related deaths?

What if the answers aren’t in regulations and inventions but in a return to connection in our communities? What if those fences we built to “make good neighbors” are actually keeping us from engaging and connecting with each other which is resulting in fantastical and twisted worldviews based on inward-focused thinking instead of the outward-focused thinking that results in increased empathy?

What if the answers aren’t in regulations and inventions but in a return to connection in our communities?Jeremy Flagg

What if the solutions began to emerge as we connected with one another and had less of a reason to isolate ourselves and objectify our neighbors?

Too often we become focused on magic-bullet (pun intended) solutions to large social symptoms, while the sources of these issues are ignored. Imagine if we used this terrible tragedy to precipitate a long-overdue conversation about how we’re doing life together and change the culture of our beliefs about social engagement and community connection.

How long to sing this song? Likely as long as we make it the government’s responsibility to come up with a sweeping solution to a problem best solved by the daily interventions of all of us.

The new song is a symphony and each of us has to play our part. May we all work together in harmony to bring victory to this man-made tragedy.

Question: What new song do you want our society to sing? In what ways can we be the solution and help reduce the amount of gun violence in America? I’d love to hear your thoughts! You can leave a comment by clicking here.